Henan Mengdian Group Cement Co., Ltd. 6 line 5000t / D production line raw meal powder metering equipment at the bottom of homogenization silo is an imported solid flowmeter, which was put into operation in July 2011. Due to the measurement principle characteristics of the solid flowmeter, the flow fluctuates greatly and the measurement is not accurate in the process of operation, resulting in the fluctuation of high lift current into the kiln, which directly affects the clinker strength and coal consumption, and makes the whole sintering system in an unstable operation condition.

Since Mengdian cement company adopted the new Coriolis feeder of Henan Fengbo in June this year, the raw meal measurement is accurate and stable, and the high-speed current is much more stable than before, so as to ensure the stability of the kiln condition of the firing system. The following two sets of raw meal powder feeders for a simple comparison.

1) Because the solid flow meter is a measuring device which uses the principle of impulse to detect the mass flow of materials, the actual discharge(blanking) amount is calculated through the direct proportion between the impact force of the detection plate and the instantaneous mass flow of the measured materials. Because the solid flowmeter is affected by the fluidizing gas in the measurement, the impact force of the detection device will be superimposed with the air impulse, so that the weighing signal is unstable. In the later stage, the software and hardware of the control system were optimally adjusted. After the adjustment, the kiln inlet height was raised, the current of the main motor was improved, and the fluctuation range of the kiln inlet flow was reduced to about 10-12t / h (see Figure 2). 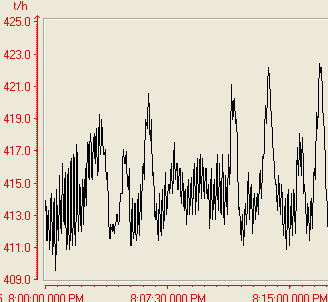 (2) Due to the design characteristics of the solid flow meter, the raw meal powder in the weighing bin must be

in the fluidization state. The phenomenon of raw meal powder’s arching and blanking results in that part of the raw meal powder  is directly washed away by the air flow without being measured, resulting in the frequent fluctuation of uncertain 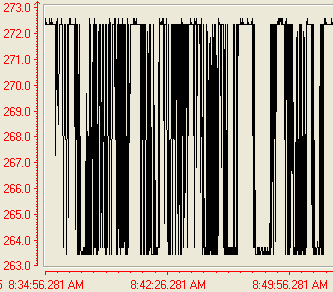 （1）In order to ensure that the normal production is not affected, a new generation Coriolis weigh feeder is added to the spare port to measure the raw meal powder. The discharge port of the original metering scale is at a 30 ° angle with the standby port, and the plug-in valve of the standby port is retained The non-standard connector behind the plug-in valve is twisted to ensure the installation position of Coriolis force scale on the expansion platform. The electric flow valve is changed into two sets of pneumatic flow valves to stabilize the blanking amount.

（4）The Coriolis weigh feeder adopts a double shaft synchronous force transmission mechanism, and the internal air seal ensures the stability of the zero point. The rotation of the bearing of the force measuring device is basically in a static state, and the force measurement is not affected by the wear and heat of the bearing, thus effectively minimizing the influence of the zero point on the measurement.

（5）In order to ensure smooth blanking, gasification rod is added in the non-standard connector between the gate valve and the weighing bin. 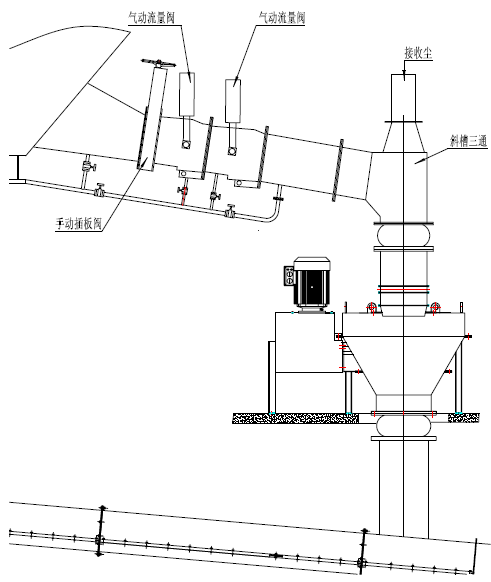 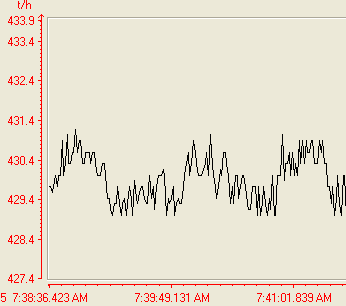 （2）For the new Coriolis weigh feeder metering system, due to the stable feeding, the fluctuation range and frequency of the current in the kiln are significantly reduced, and the current fluctuation value is generally within 1-2A (see Fig. 6). 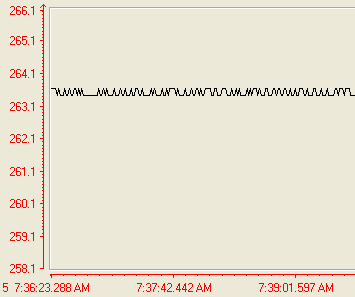 Since Mengdian cement company used Henan Fengbo new generation Coriolis scale to measure raw meal, the raw meal measurement is accurate and stable; Compared with the original powder weighing scale, the fluctuation of the current in the kiln is much more stable, so as to ensure the stability of the kiln condition of the sintering system. At the same time, it fully proves that the domestic powder metering equipment is catching up with and surpassing the world advanced level step by step.